We have been making a range of products for the mining industry since 2010.  The weight and strength advantage of carbon fiber for mining rather than steel. fiberglass or plastic means that carbon fiber is being used more within the mining industry.   Mining is a very labour intensive industry, despite the machinery available. There are many times where manual handling rather than machinery is required to put in place components in confined spaces.

Our ventilation products have FRAS certification and they have won 3 Australian mine safety awards. In recent years we have received significant New Zealand research and development grants to develop our core technology.  This has lead to our second generation ventilation tubes which have been sold since 2016.   Rivers Carbon has teamed up with several Australian mining operations and has added award winning innovation into mining. 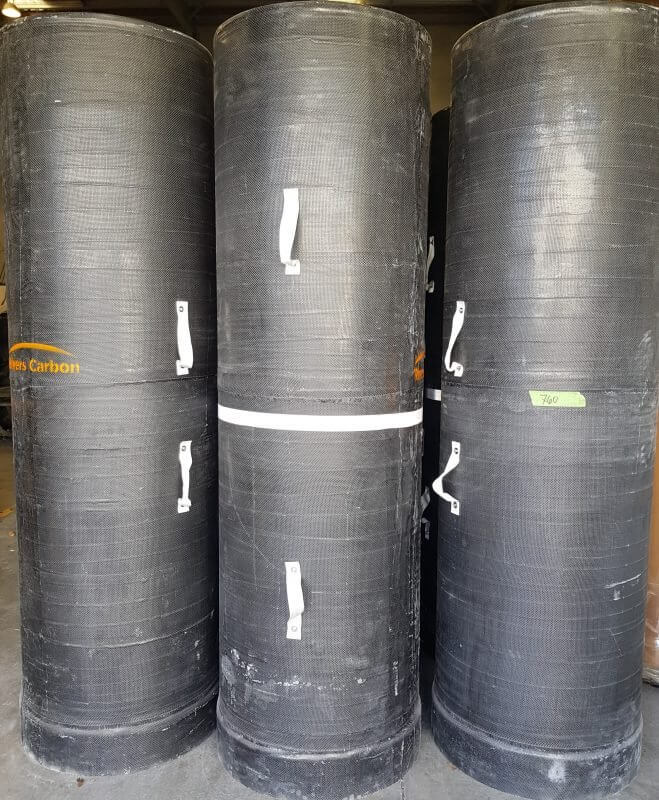 We started our second generation tube production in 2016. They are now used in a number of mines in the US, Canada, Europe and Australia. Our award winning ventilation tubes are setting production records in mines and becoming the standard for being the lightest weight so they are far less likely to cause injuries. They are significantly stiffer than any other tubes, so they don’t collapse and have heavily reinforced ends to stop damage from dropping.

Our tubes are made from woven fabric not tow so they don’t produce dangerous spikes which result in hand injuries. Our tubes are now a mining asset rather than a consumable. The cost of ownership is very low compared to continually paying for replacements with other brands. 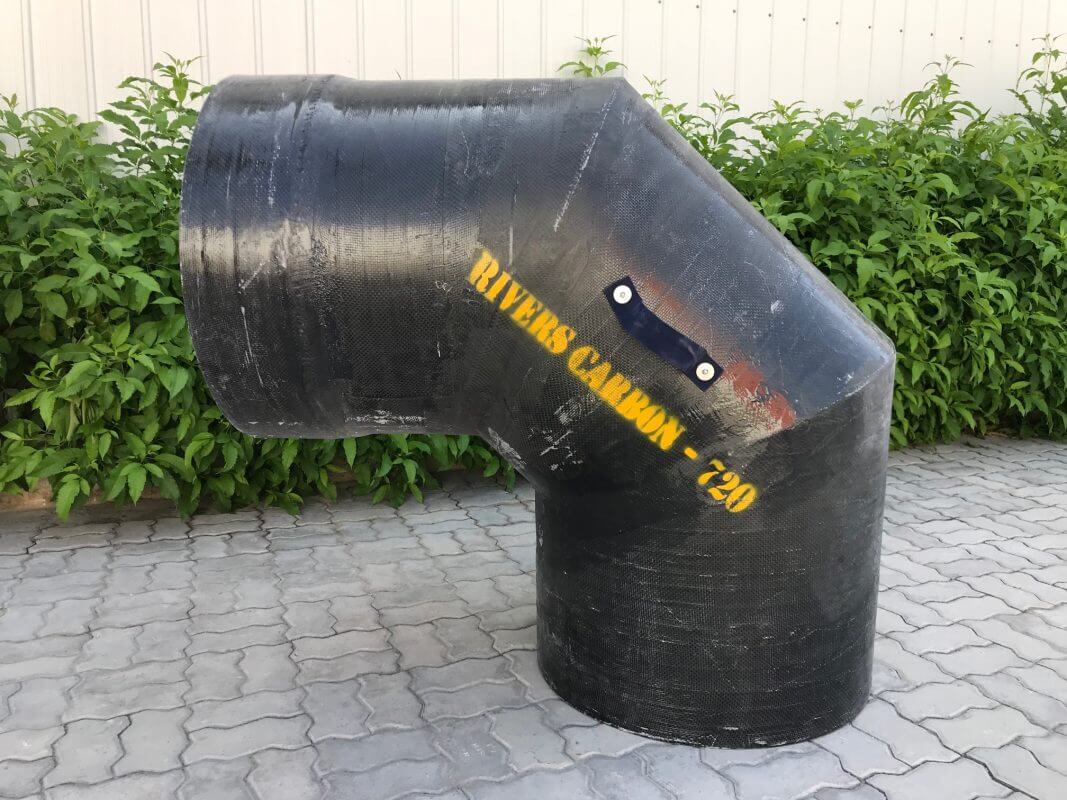 No matter which ventilation tubes you are using, we can supply you with the necessary accessories to complete the run, including:

45° and 90° bends
T- Junctions with 90° and 70° options
Regulators of all sizes
Transition tubes to and from any size
Seals – velcro for flexibility and tight seal
Sliders and breakout sliders
End caps
Flat tubes
Flat to rounds transitions
Safety bypass valves which monitor line pressure spikes that occur if personal have been drawn onto the end of a vent tube. If this happens a bypass is quickly opened. 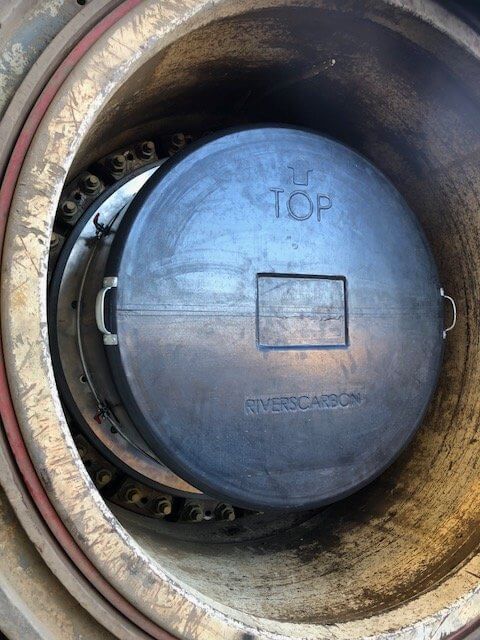 We make covers for MT 3300, MT 4400, Komatsu 830E and MT6300 truck wheel motors.  The OEM plastic wheel hub protectors supplied with most machinery melt at 120C which occurs during heavy breaking. The plastic then enters the motor and can catch fire. Our composite autoclave cured wheel hub covers use the highest quality fire retardant materials.

They are light and exceptionally strong. They don’t damage easily from flying rocks. They are able to withstand exceptionally high temperatures.  They have survived and contained the molten steel from major braking incidents that would have melted even the aluminum type covers. This has effectively mitigated the risk of fire resulting from these incidences. 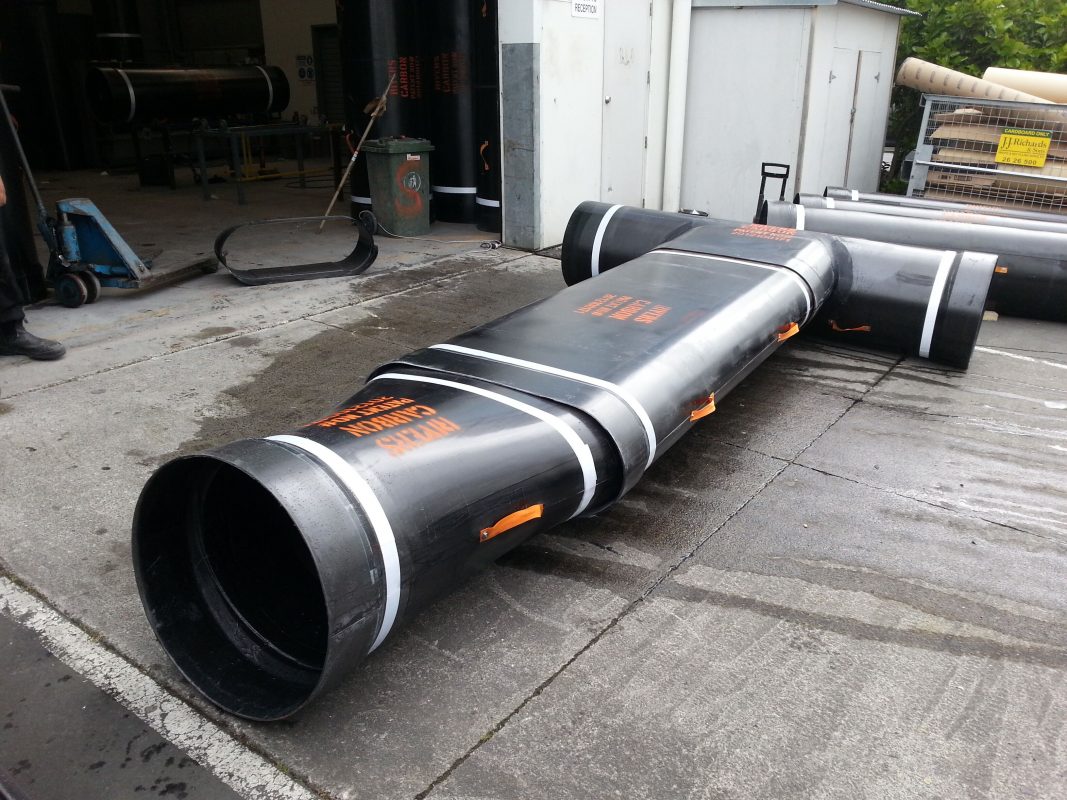 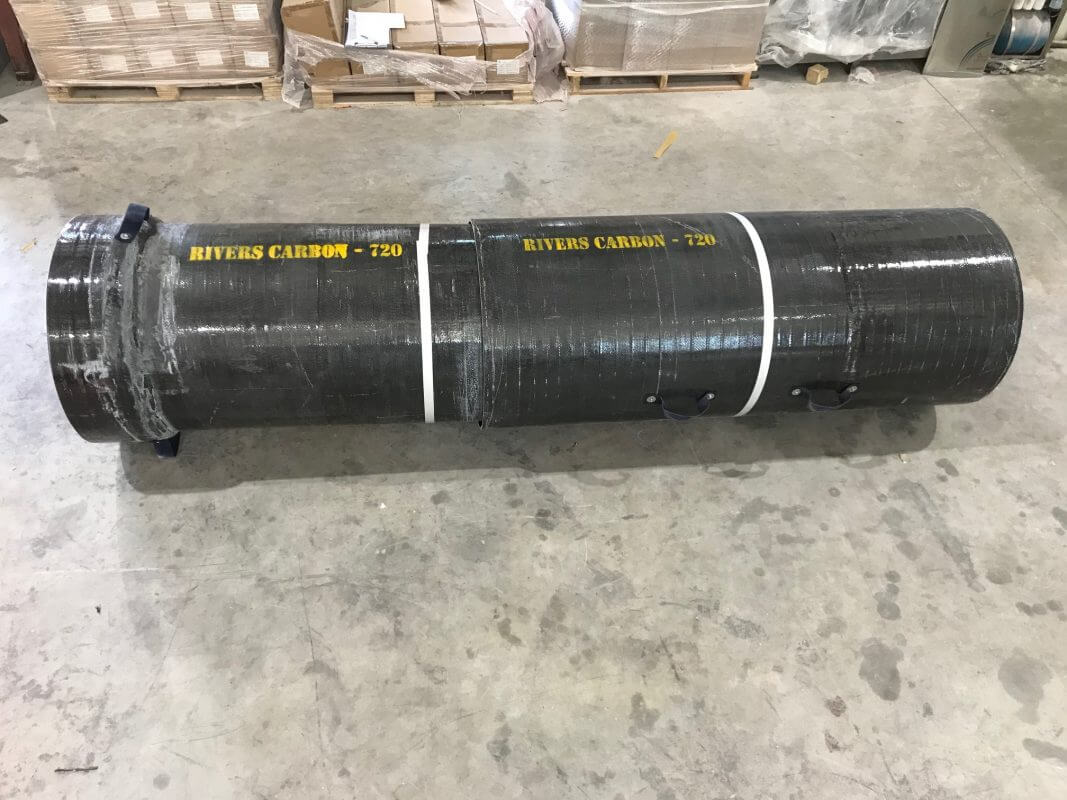 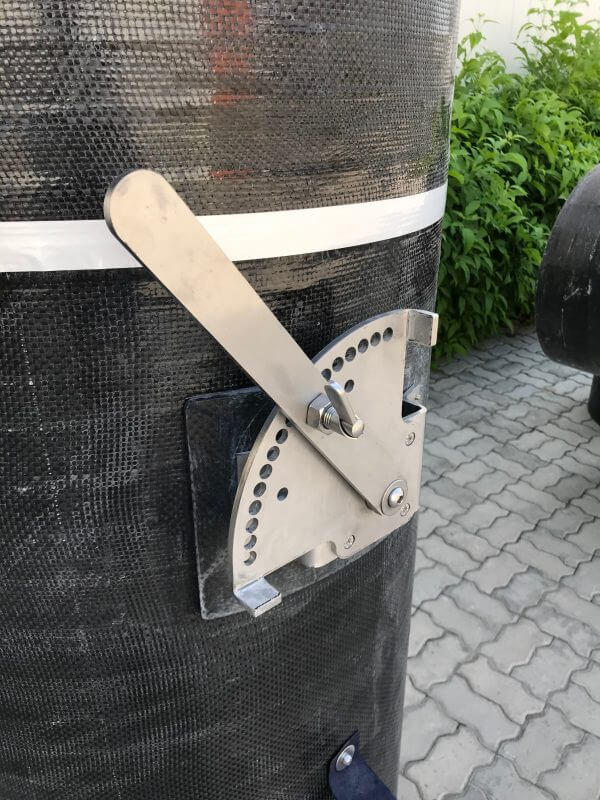 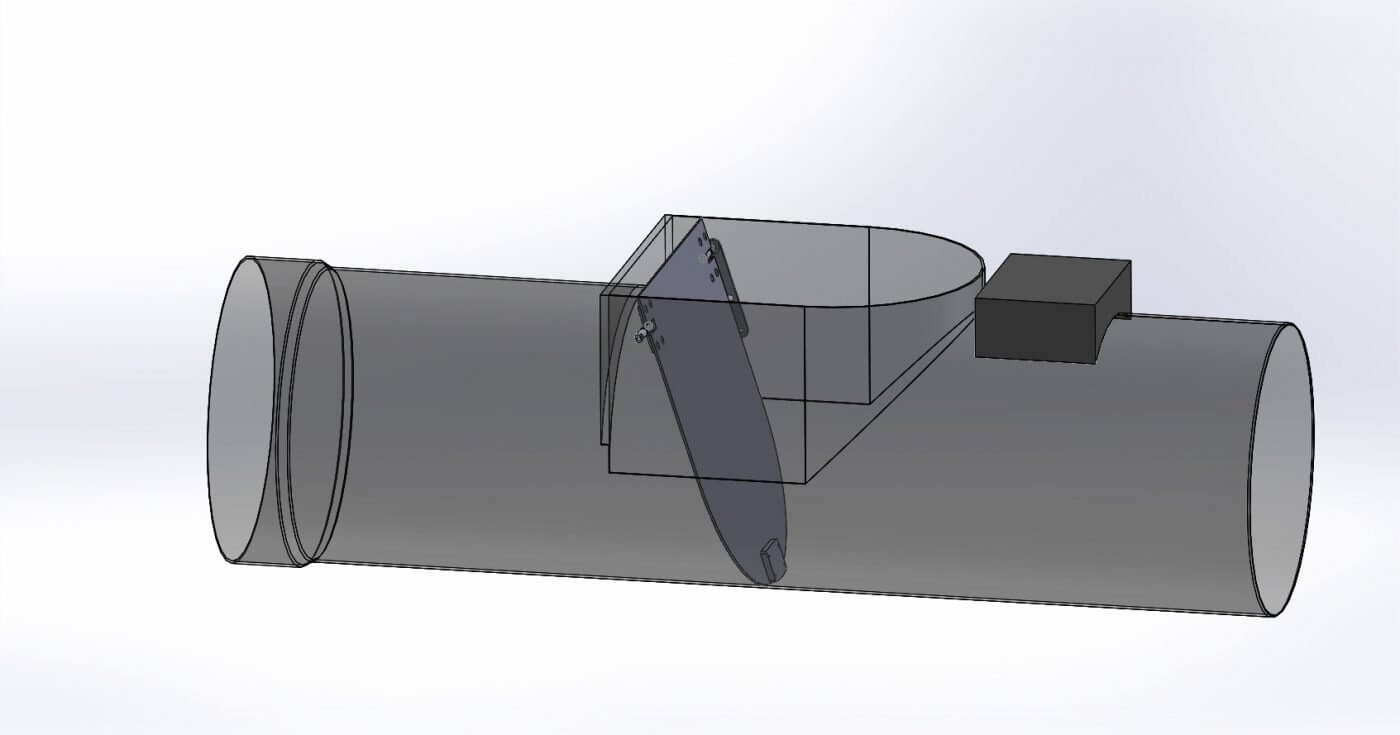 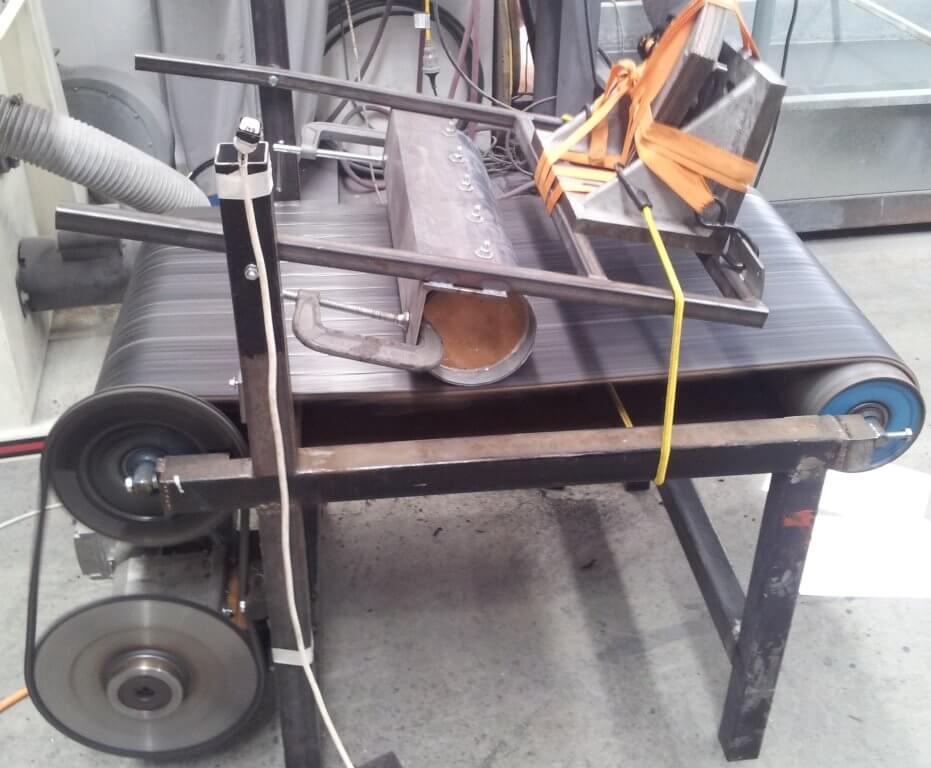 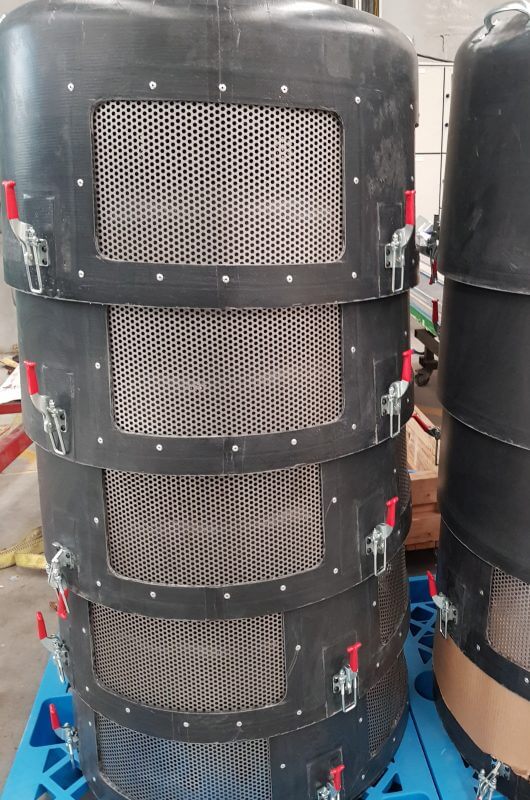